Gluten-free Beer: Why Nima Doesn’t Work for It (or Any Beer)

Last year in Minneapolis, about half the people we met asked us if Nima could be used to test gluten-free beer. Clearly, beer is something that people miss when they have to adopt a gluten-free lifestyle (or live with someone who has to avoid it and they want to avoid the dreaded gluten-filled kiss). Gluten-free beer is a growing industry with longer-term players, such as Omission* and Bard’s being joined by Dogfish Head and New Planet. While not a beer, Mike’s Hard Lemonade is also a company we’ve seen at gluten-free trade shows around the country for adults looking for a gluten-free adult beverage. An entrepreneur even emailed us about a gluten-free beer he is going to begin importing from Finland, one that he swears is the best one he’s tasted.

Most of these gluten-free beers are made from grains other than wheat, barley and rye – the gluten-containing grains. In some cases this is rice, others have been created from millet or sorghum. Despite these ingredients being gluten-free in origin, people are still concerned about the safety of drinking these beers.

As a result, these gluten-free beer drinkers would love a tool to help them identify if the beer contains even traces of gluten. Unfortunately, the current chemistry-based technologies (which are among the most sensitive approaches to detecting gluten in food) don’t allow for this. It’s not just Nima, but applies to lab testing too.

Why is it so hard to test for gluten-free beer? 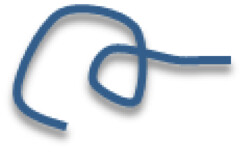 As you can see, the protein is long and continuous. Immunoassay, the approach we use to detect gluten, requires two independent binding sites on the gluten molecule for our antibody to bind. So when the gluten is long and intact, we can identify the gluten molecule. However, the process of fermentation, which is how beers are made, actually changes the protein itself into hydrolyzed protein. The hydrolyzed proteins are usually partially digested by enzymes to become much shorter.

As a result, in a fragmented portion of the gluten molecule, the antibodies cannot find two independent binding sites, thereby unable to detect gluten. So in essence, fermentation process makes gluten smaller and harder to identify.

The common approaches in most chemistry-based testing are unable to detect these smaller strands, which are what you’d find in a gluten-free beer or non-GF beer. You might wonder if other approaches might be able to detect this very small quantity. In the future you might be able to use DNA testing to see if a beer contains gluten, but that is not currently available in an easy-to-use device that tests quickly. Even with this analytical approach, DNA can be damaged during the fermentation process such that the DNA becomes non-identifiable, just like the hydrolyzed gluten protein. The same problem exists with mass spectroscopy – it’s neither easy to use nor fast when trying to detect gluten in beer. It should be noted that even though gluten-free beers can’t be detected with immunoassays, they still need to fulfill the FDA requirement of “GF” prior to fermentation/distillation/hydrolyzation.

If you try a test with gluten-free beer with Nima, you will see a smile on the device as we are unable to detect the gluten proteins that may remain. If you’re on the lookout for gluten-free beer, you are going to have to perform your own personal due diligence about what is safe or not. Co-founder Scott Sundvor gave us a list of his personal favorites: Ground Breaker, St. Denny (one of the Ground Breaker seasonal offerings) and Bard’s.

*As some have noted, Omission is a gluten-removed beer, and as such, may not be safe for people with Celiac or high levels of gluten sensitivity. This is the case with many gluten-free beers, so it’s best to do your own research and make your own determinations of what to drink.